Trial
A day recording with Toni Bou in Andorra
17 October, 2020

Motor
McLaren Barcelona, between the circuit and the streets
31 August, 2020

Always more. Chilean businessman Eduardo Costabal was leading Centro Porsche Barcelona a couple of years ago with the support of South American group Ditec until he decided to go solo and

ANESDOR’s campaign gathers riders, former riders and influencers of Spanish motorcycling to promote the safe use of bikes in this new era for mobility The bike is the big bet 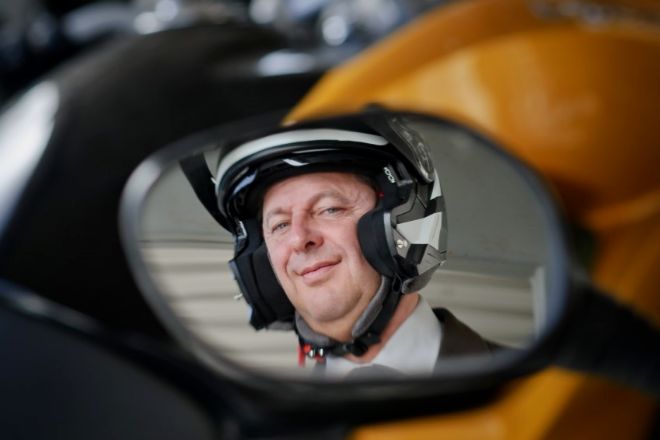 Motor
“We reinvented ourselves so that NZI becomes the people’s helmet again”
19 March, 2020

MotoGP Championship
Behind the scenes in Indonesia
10 February, 2020

The 2020 MotoGP World Championship season is now just weeks away and the final test in Qatar is rapidly approaching. But a MotoGP season starts long before wheels turn on

The Repsol Honda Team rider pretends to be part of an exhibition of historic leathers, before springing a surprise on passers-by Marc Márquez is no stranger to surprising onlookers, as 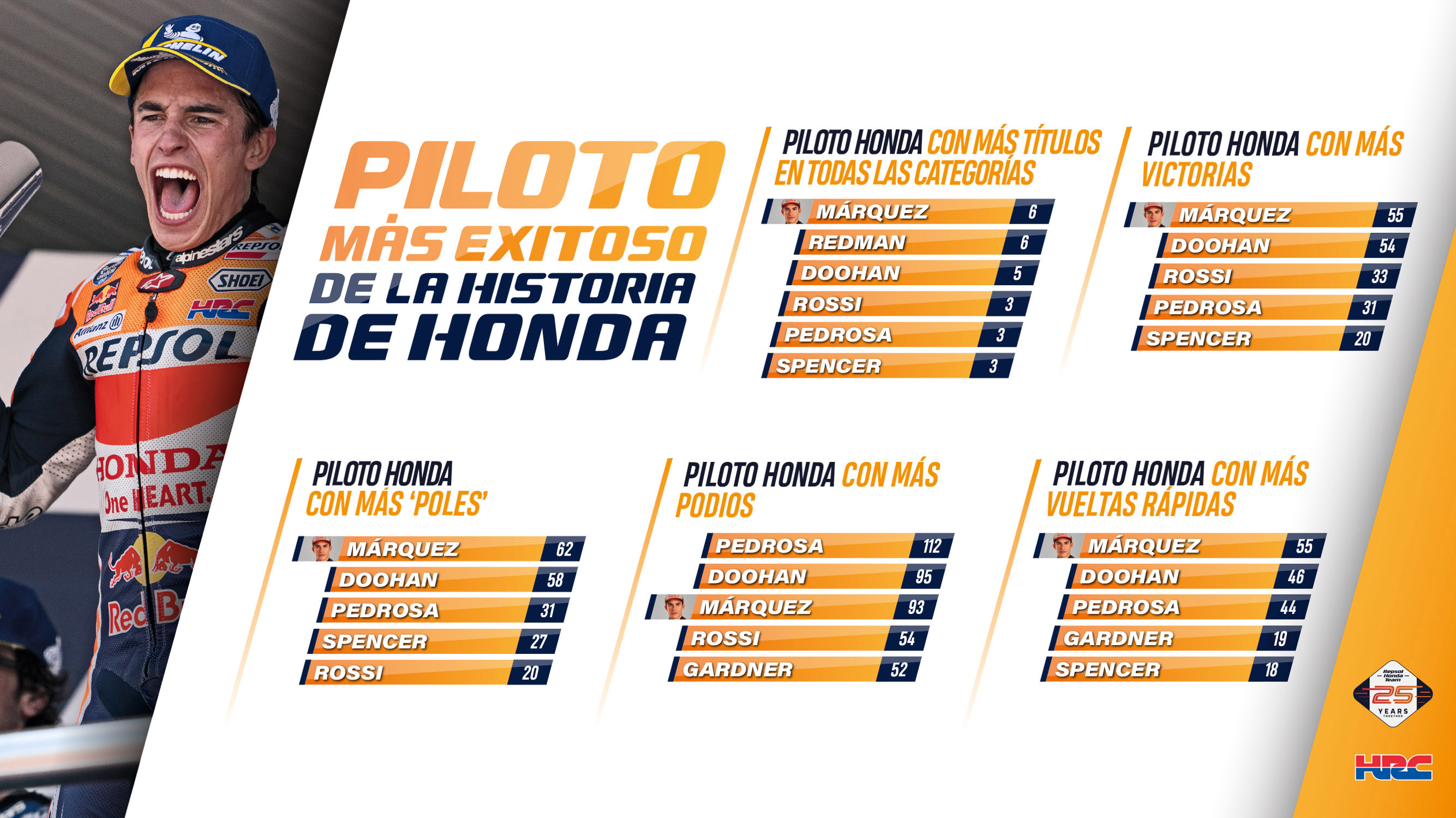 The Repsol Honda Team rider claims his 55th victory on a bike made by the Japanese manufacturer, more than any other man in history Marc Márquez won the Australian Grand

The Repsol Honda Team rider won his thirteenth X-Trial World Championship in a season in which Takahisa Fujinami participated in 3 rounds. Toni Bou has been unstoppable again in the 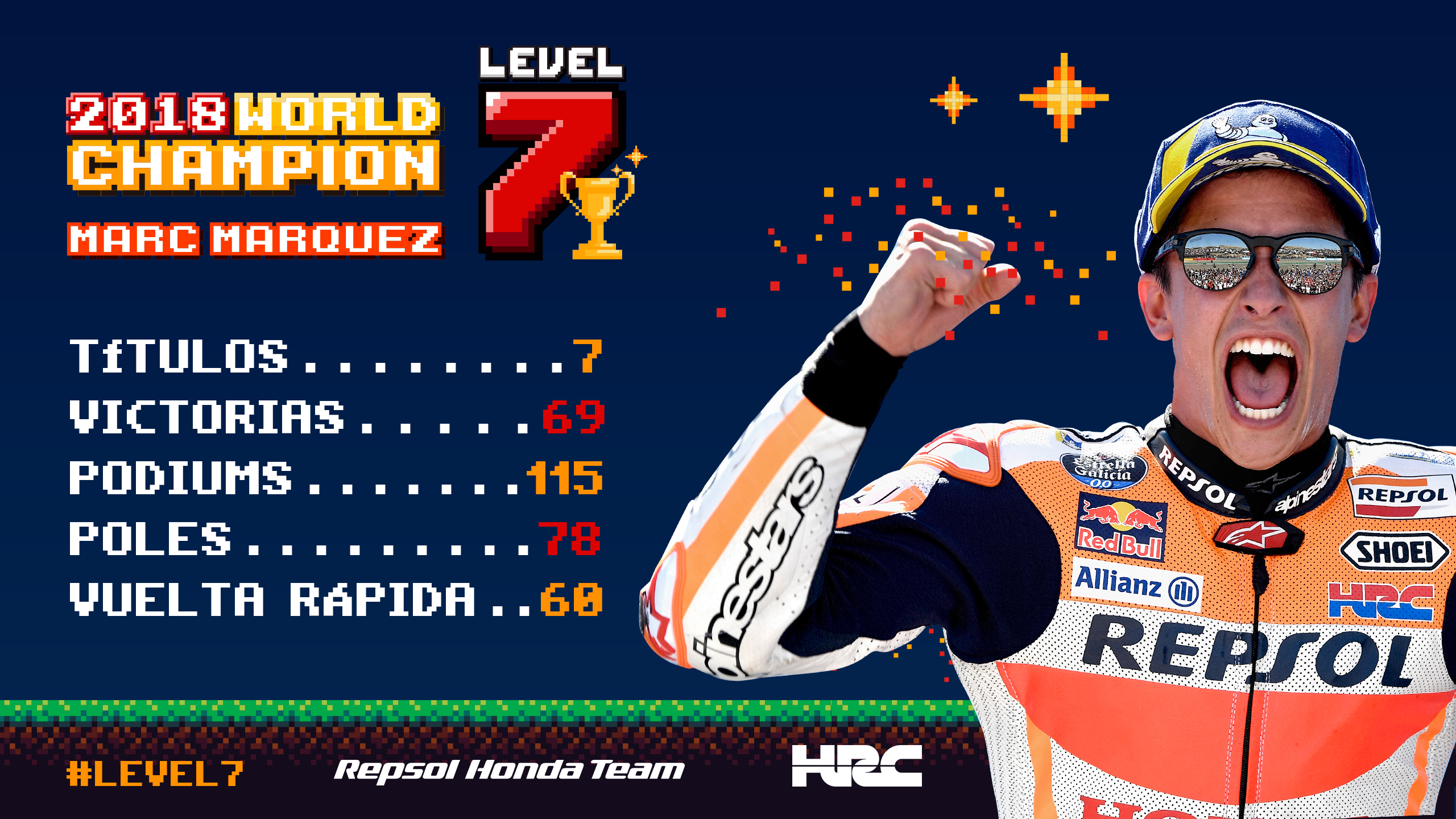 The Repsol Honda rider clinched his fifth premier class title in Japan today –his third in a row, and his seventh in all classes. Marc Márquez continues to make history.

MotoGP Championship
Márquez and Pedrosa sneak into a photo
19 September, 2018 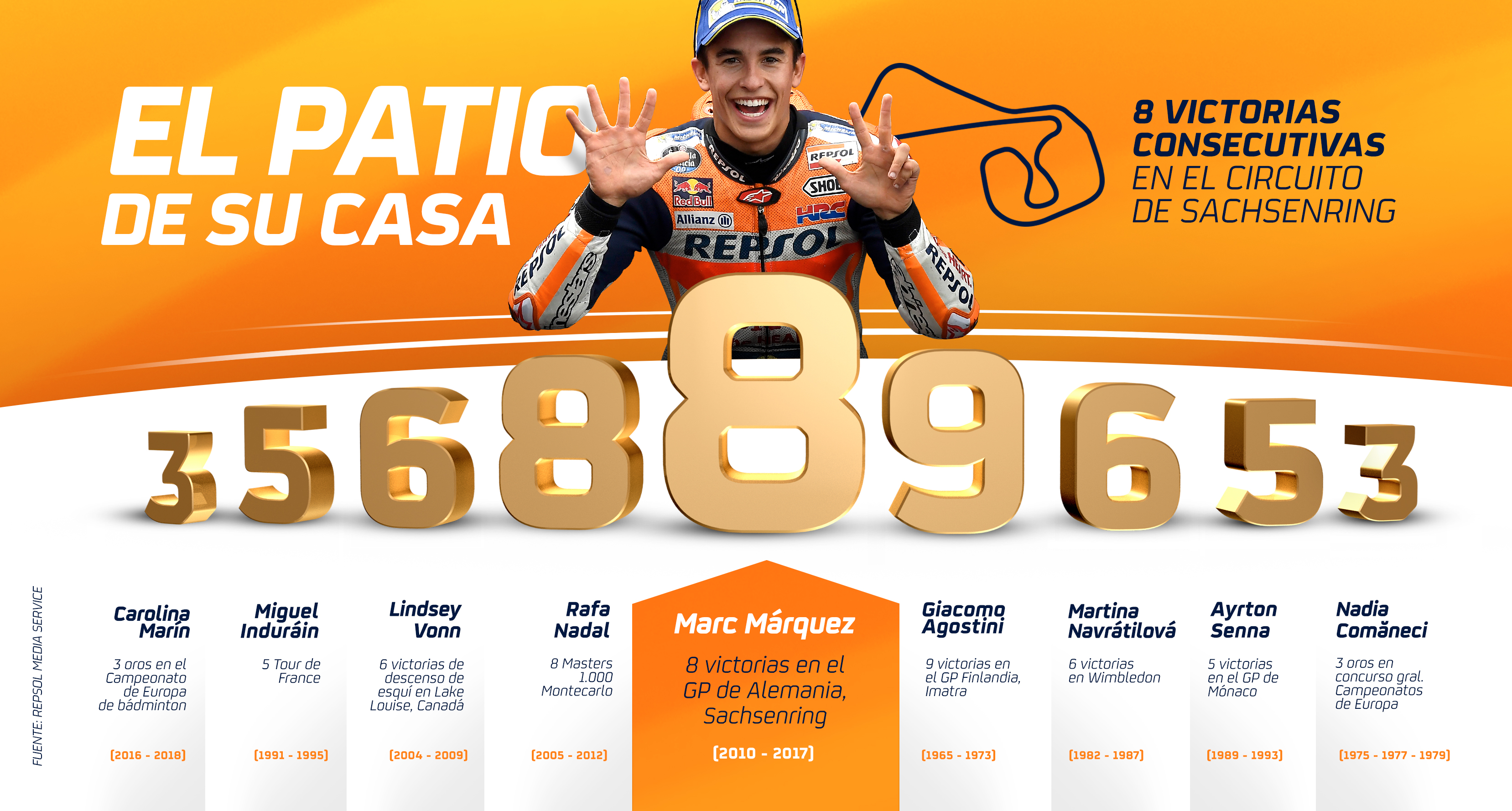 MotoGP Championship
What do Marc Márquez, Ayrton Senna and Martina Navrátilová have in common?
11 July, 2018

The Repsol Honda Team rider has been victorious for eight consecutive years in Germany, a milestone difficult to repeat in the world of sports.   The victory taken by Marc

In the hours before the start of the Catalan Grand Prix, the Repsol Honda team riders surprised the locals and the occasional tourist when strolling through the streets of Barcelona

The Repsol Honda team riders travel to Italy to celebrate the sixth round of the MotoGP World Championship season, after a third victory in a row by Marc Márquez.