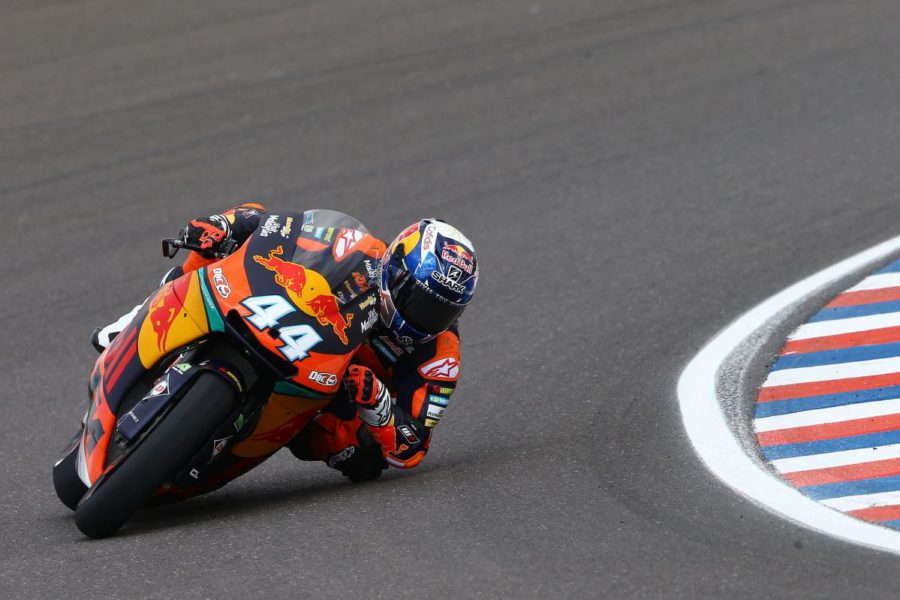 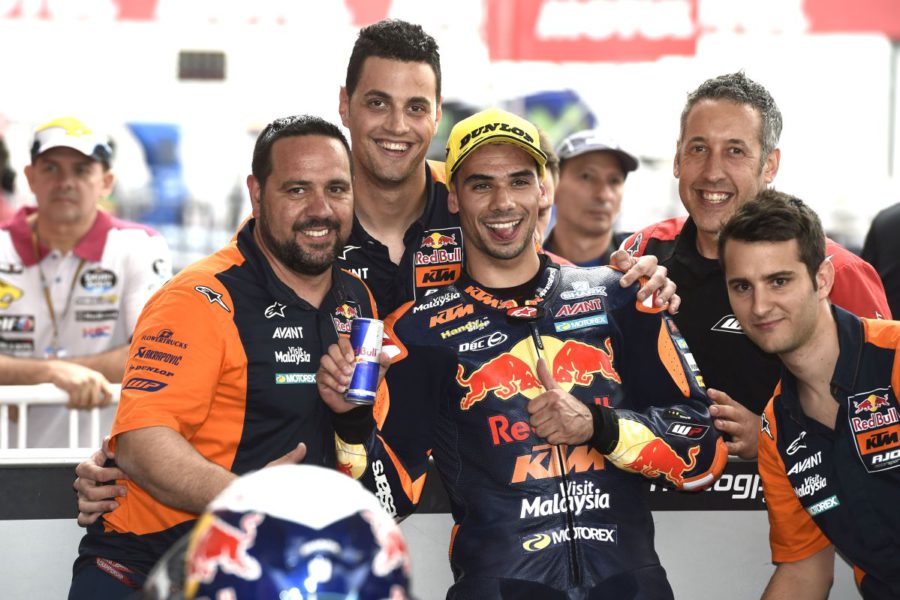 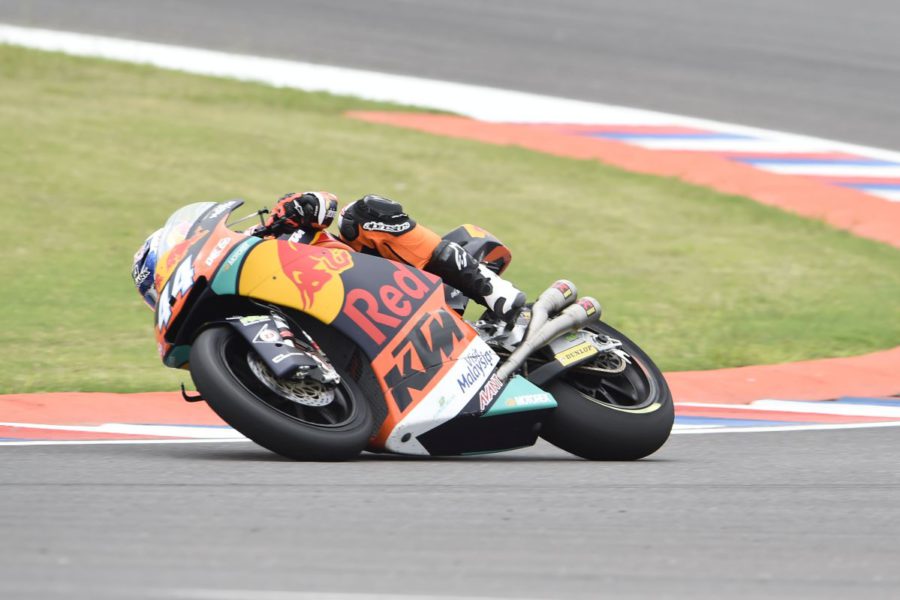 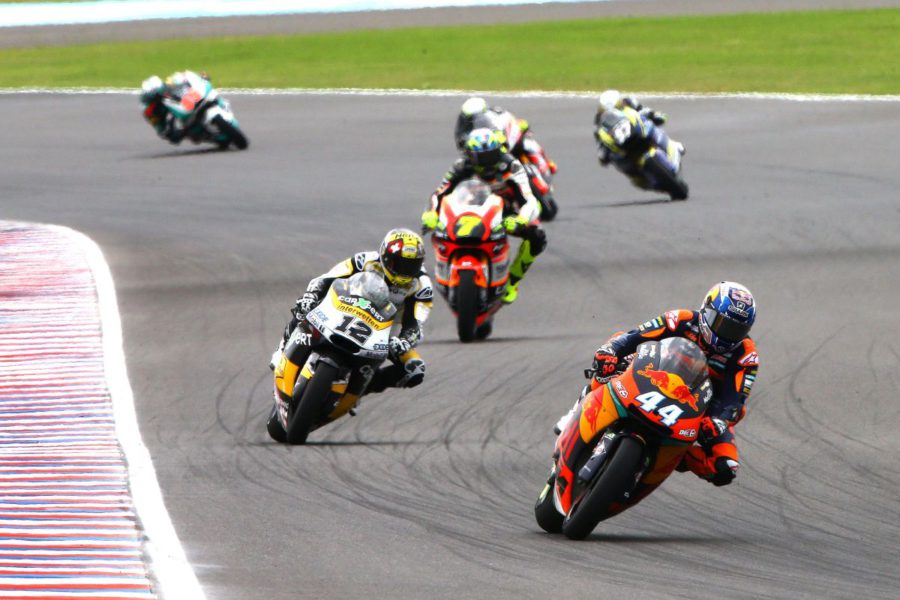 In their debut season in the intermediate class, Red Bull KTM Ajo only needed two Grands Prix to achieve their first big success. The team took their first podium in Moto2 at the Argentinian GP, courtesy of Miguel Oliveira. The Portuguese claimed an incredible second position that is also his personal first rostrum in Moto2. It is the best position for a Portuguese rider in the history of the intermediate class, and caps a perfect weekend in which he took a podium, pole position and the fastest lap of the race. Rookie Brad Binder finished in ninth position, having climbed 15 places, and collected his first points in Moto2.

Oliveira had made history in getting pole position, and did likewise in the race with an excellent second place. The Red Bull KTM Ajo rider dropped a couple of positions on the opening laps, and was third behind Morbidelli and Marquez. The Portuguese pushed hard to catch the two after they escaped, but it was a last-lap crash by one of them that allowed him to move up a place.
Starting from the eighth row of the starting grid and not 100% physically, the challenge for Brad Binder in his second Moto2 race was big. After making an excellent start and gaining seven places on the first lap, the South African gradually overtook several riders to place in the group battling for sixth place. He completed the 23 laps in ninth position.

After the first two GPs of the year, Miguel Oliveira is third in the overall standings with a total of 33 points. Brad Binder is thirteenth with the seven points he took today.

The bad news on Sunday was for Brad Binder. The discomfort in his left arm -injured in preseason- forced him to go to the medical centre and then undergo x-rays. The medical staff have decided that he will have to undergo another surgical procedure over the next few days.