Some of the most iconic moments of a 2016 season in which the Repsol Honda team rider has continued breaking records. 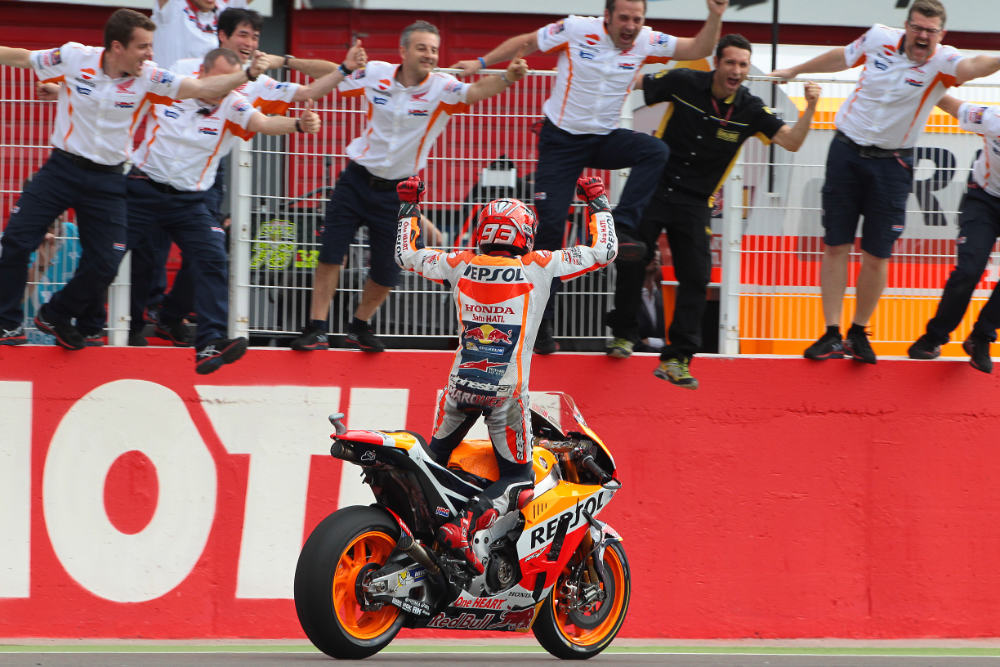 Marc Marquez wins the Argentinian GP, the second race of the season. “After the test in Qatar someone said it was impossible to win with this bike. That phrase motivated me even more, because nothing is impossible.” 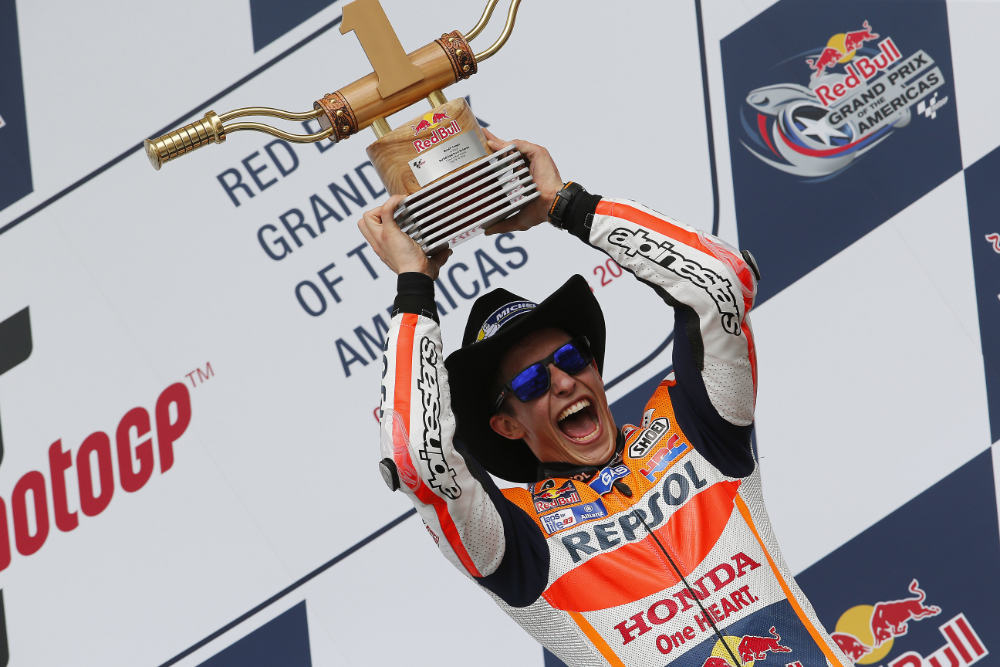 The Repsol Honda team rider claimed a second victory at Austin, where no one else has won in MotoGP, and celebrates on the podium with the traditional Stetson. 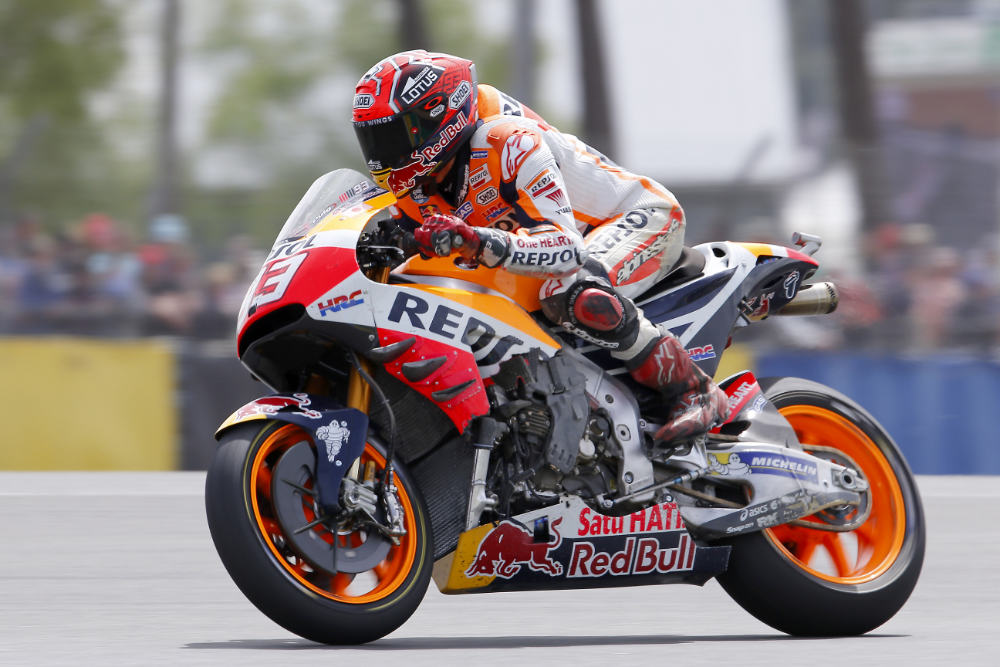 “The hardest moment was probably the Sunday of the French Grand Prix.” Marquez manages to finish the race at Le Mans in 13th position after a crash. 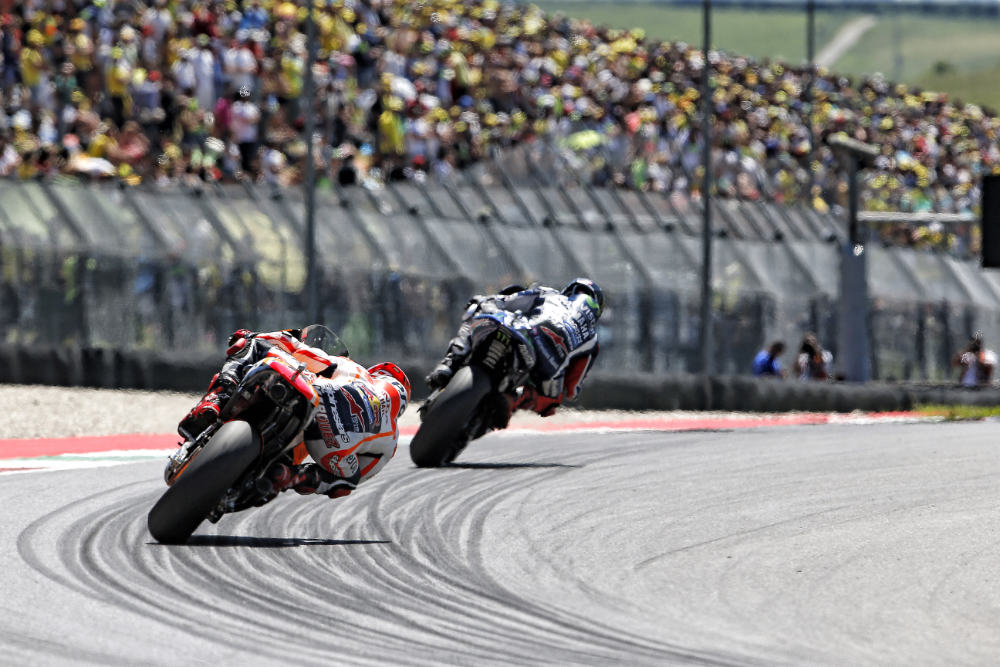 The finish to the Italian Grand Prix at Mugello was one of the tightest ever recorded, with Marquez in second place and just 19 thousandths of a second behind Jorge Lorenzo. 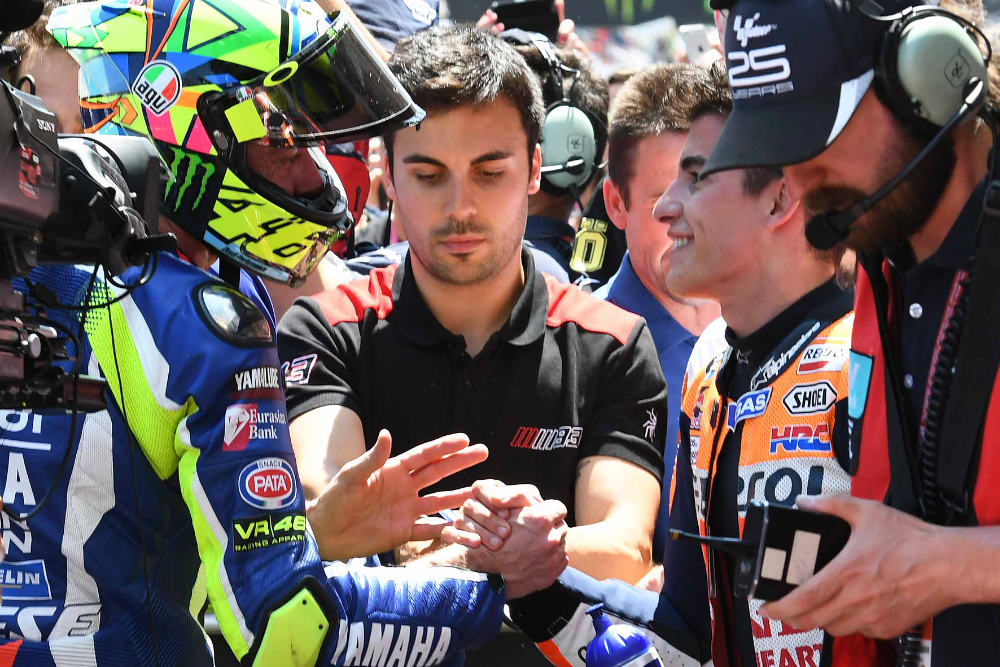 A handshake was exchanged between Marc Marquez and Valentino Rossi at the Catalan GP, sadly remembered for the passing of Luis Salom. 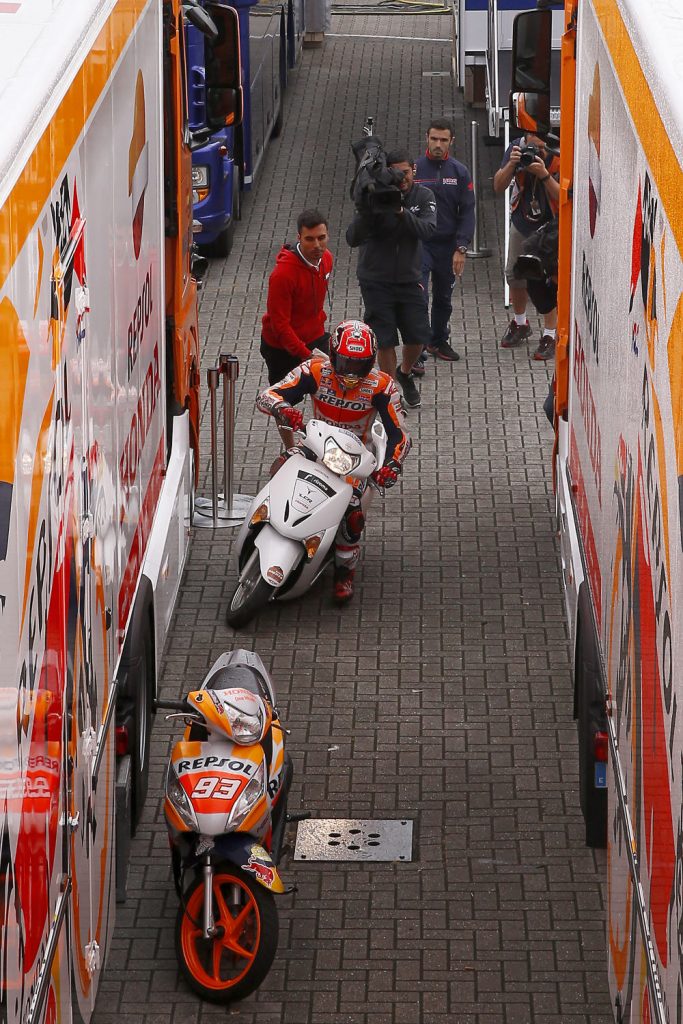 After crashing in qualifying for the Dutch TT, Marquez manages to get back on track after returning to the pits on a photographer’s scooter. 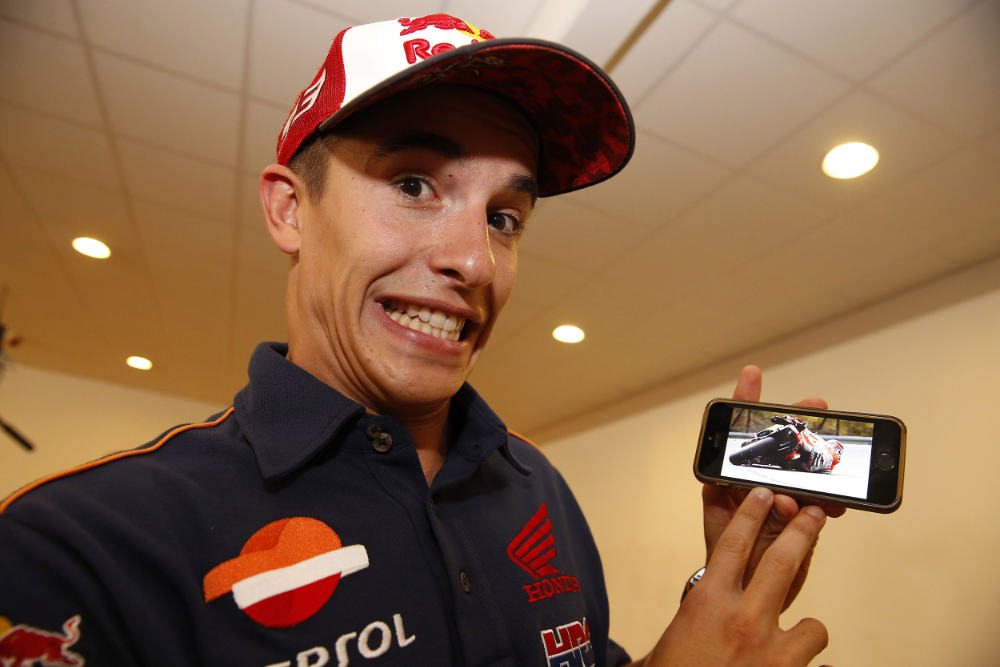 Marquez jokes at the Czech Republic GP, where he finished third, with the image of one of his seemingly impossible saves. “I still see myself as a kid.” 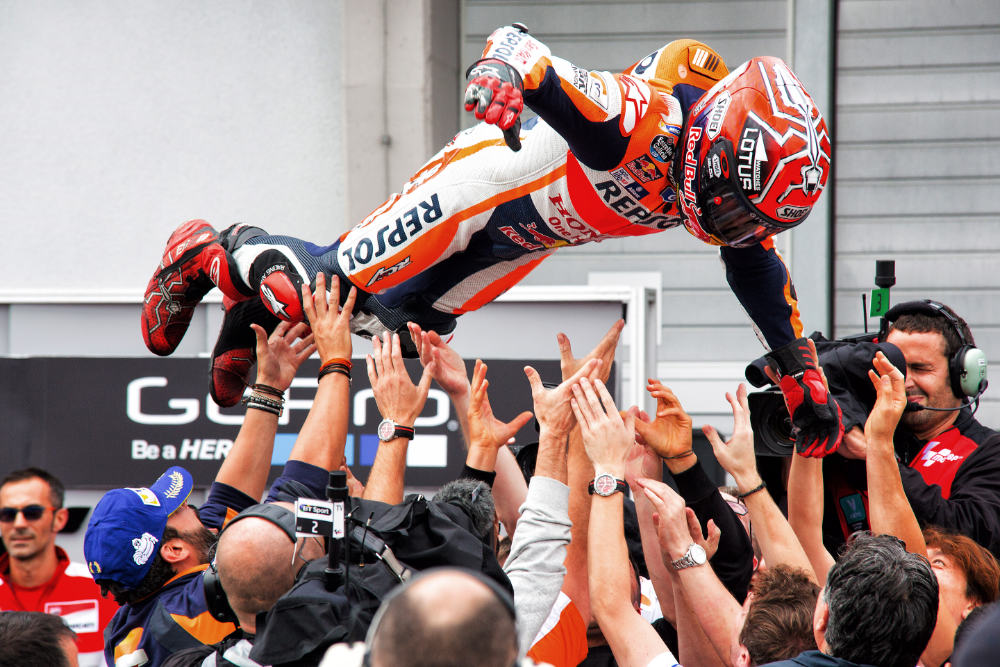 Marquez celebrates victory at the German Grand Prix with his team. “I have always trusted Honda. My heart and my head are in Honda.” 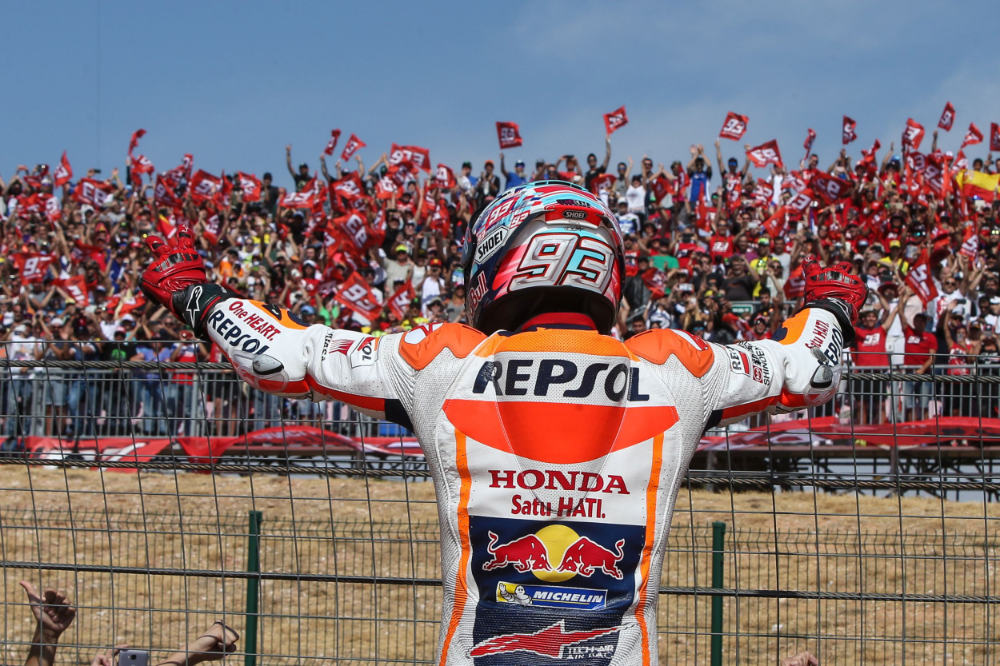 The Marquez Fan Club celebrate at the Aragon GP. “I won in Germany but I couldn’t over the next few races and I was very nervous. Santi and Emilio told me to keep calm, as Aragon was coming up.” 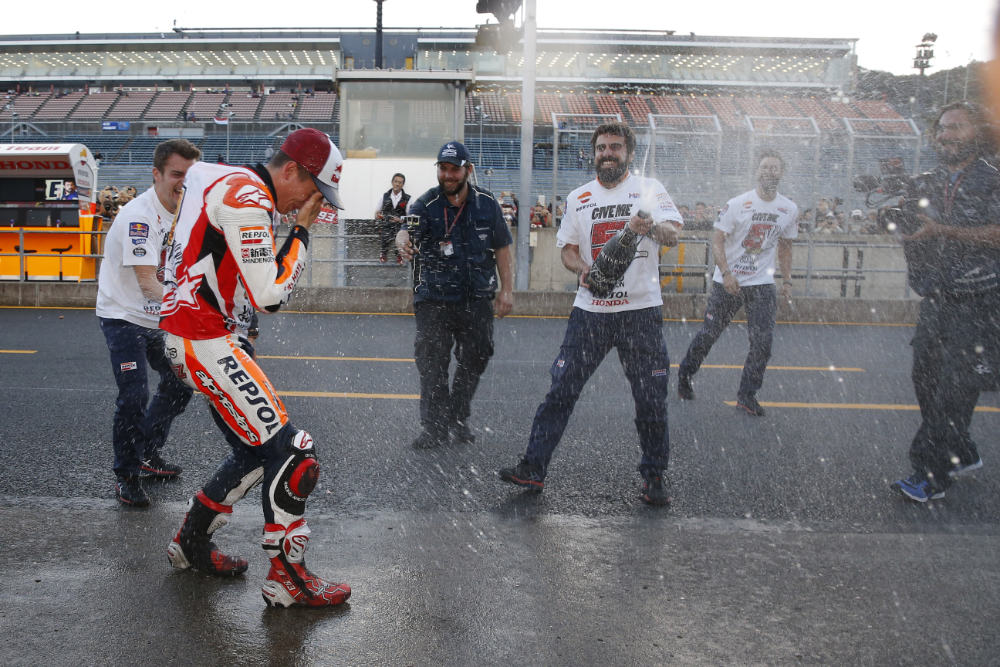 The Repsol Honda box is doused in cava after Marquez is crowned 2016 MotoGP World Champion 2016. “I’m very lucky to have a large family behind me, which is my team.”