On February 10th, 1995, Repsol and Honda began writing the history of the World Championship’s most successful team together. 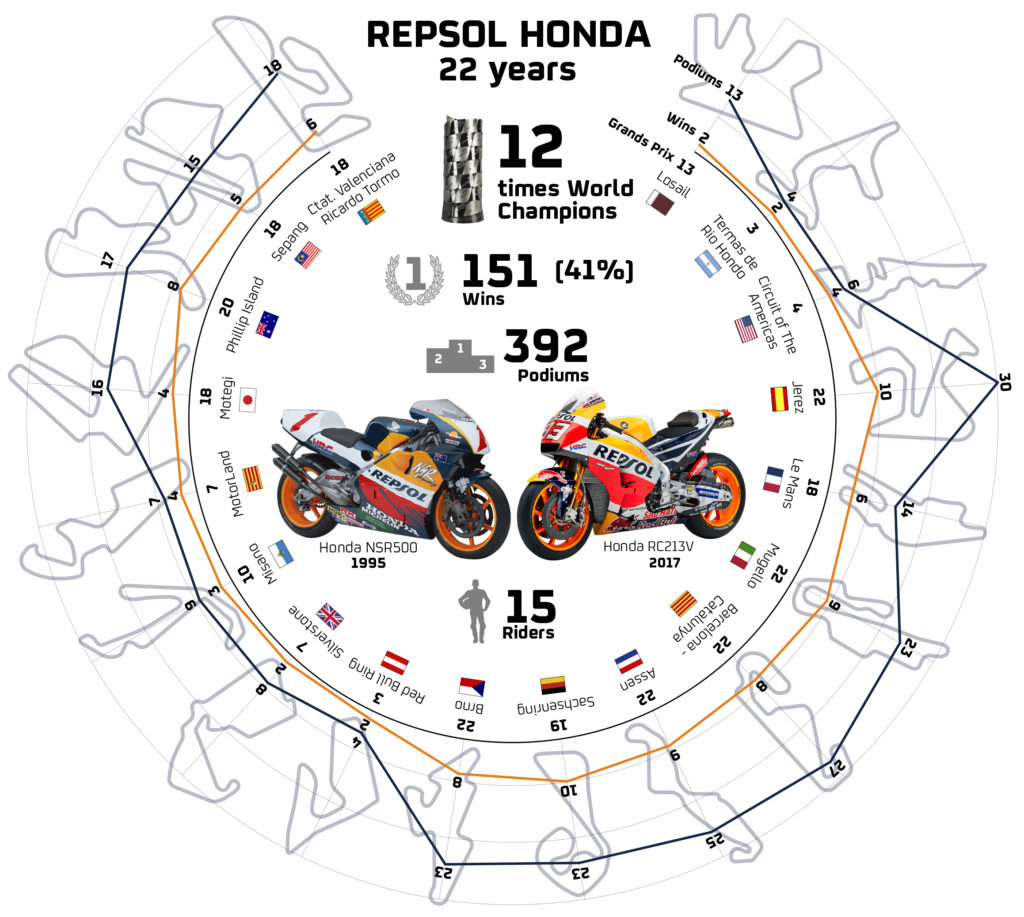 There have been fifteen riders, 365 races, 151 wins, 12 World Championships, 392 podiums, 170 fastest laps and 159 pole positions for Repsol Honda since they began their collaboration –but their alliance goes far beyond the numbers. It is an alliance of riders, motorcycles, engineers and mechanics, talent and work. It has been the same whether it be Mick Doohan, Alex Criville, Shinichi Itoh, Tadayuki Okada, Takuma Aoki, Sete Gibernau, Tohru Ukawa, Valentino Rossi, Nicky Hayden, Alex Barros, Max Biaggi, Andrea Dovizioso, Casey Stoner, Dani Pedrosa or Marc Marquez onboard the bikes –be they the NSR500, RC211V, RC212V or RC213V.

The alliance is synonymous with technological evolution and brought joy to the fans: Think back to Mick Doohan and his four World Championships; Alex Criville becoming the first Spanish rider to win the 500cc title (1999); Marc Marquez, the youngest MotoGP champion in history; Dani Pedrosa, who has spent 11 seasons with at least one victory per year in the premier class…

“This is a project with the intention of permanence,” read the press release sent by the team on February 10th, 1995. Giving an account of what has happened since then at so many circuits in all five continents would be infinite. We have tried to condense everything in this infographic, showing circuits on the current MotoGP calendar and a photo composition of the 15 riders who have represented Repsol Honda